A deed in the possession of the Cemetery dated November 1873 shows the purchase of approximately 35 aces from Faxton D. Atherton for the sum of $900.00. However a sales contract had been signed in March 1870, which enabled the Cemetery Directors to sell lots to pay the balance of the purchase price. The original payment was made from money left in the account of the Hayward Home Guard, which had been disbanded after the Civil War.

In 1924 the Cemetery was re-incorporated, and Directors were installed. President Margaret McLean Strobridge took firm control. The President and the rest of the Board were a group of dedicated, hardworking and public spirited citizens. 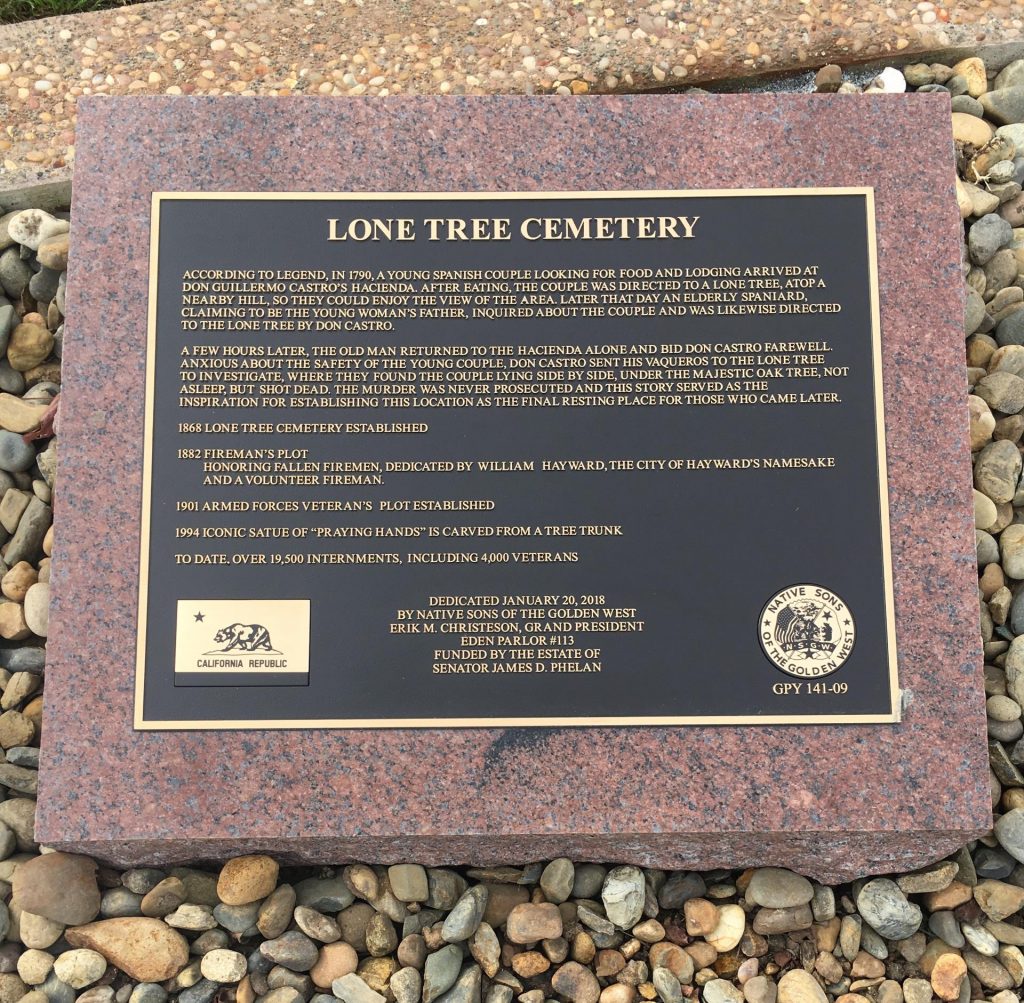 Lone Tree Cemetery Association is a non-profit association where the profits of the cemetery are put back into the ongoing maintenance, development and beautification of the property.  The Association is managed by a Board of Directors.

There are no upcoming events at this time.